Wirecard and YND have been working together on innovative projects in the fintech industry. It was very nice of them to give us a sneak peak into a product that’s still under development.

It consists of a neat little hardware component, that packs biometric identity recognition, product detection and behavior analysis technology that can be embedded in your next IoT project to enable seamless payment experience. It packs some serious computing power, pre-developed advanced neural networks and integrated ML technology in order to enable the next big thing in payments — secure checkout without the need of you getting out your wallet or even talking to a cashier!

We took this bad boy for a spin and used it to hack together a beer dispensing machine like no other.

Here’s how it turned out:

Looks neat, right? But I bet you’re wondering what’s the tech behind this magic machine. 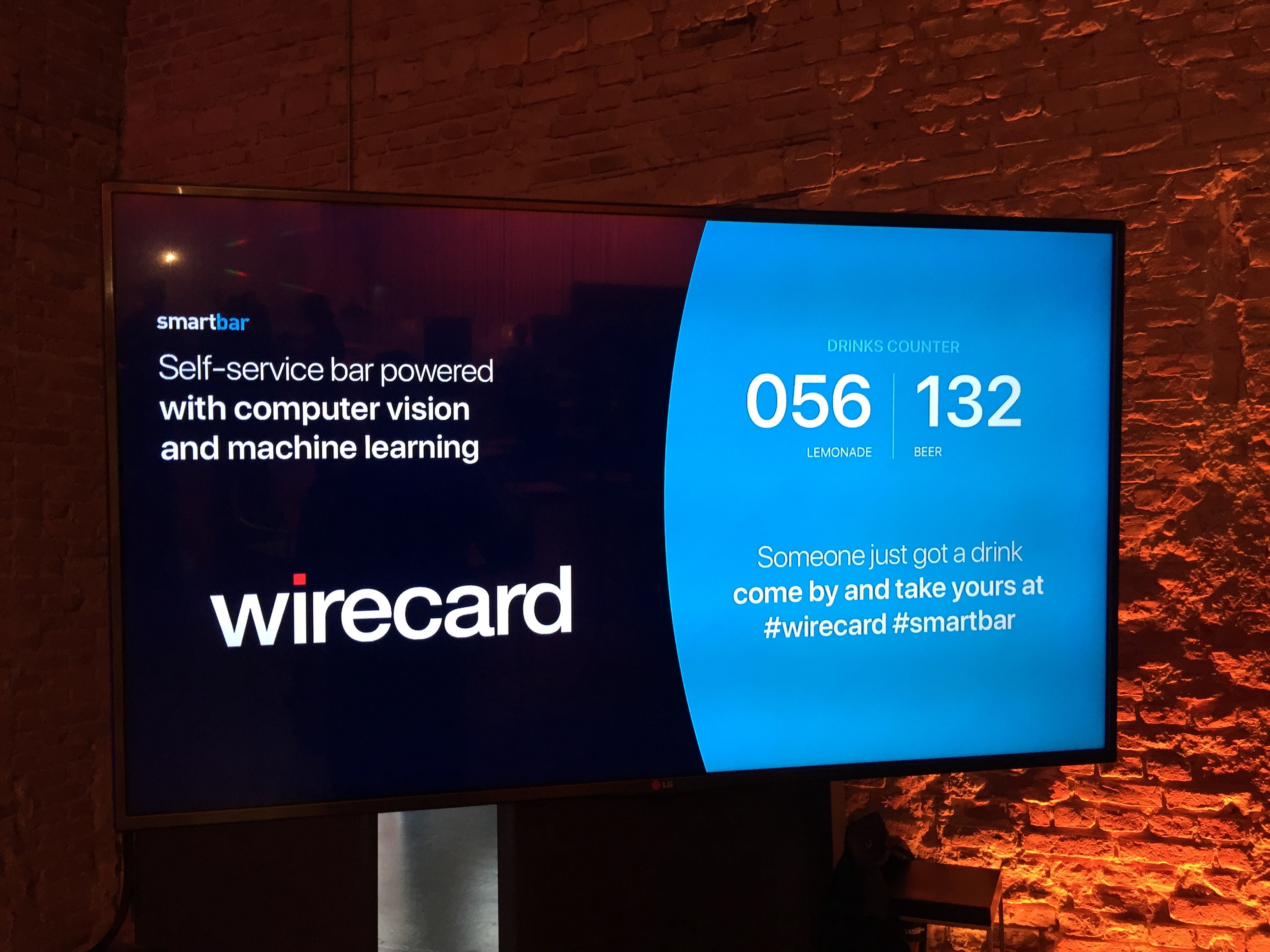 The whole process of video frame analysis, face recognition and face detection is computationally expensive. It used to require very powerful machines (with multiple cores) so that several frames can be processed per second. To pack all this processing power on a single chip is nothing short of a miracle. It was made possible only recently with developments in GPUs used by graphics cards for high-end gaming (OK, not only for that, but it’s nice to think that hours spent on Call of Duty finally paid off!).

The machine learning aspect is not the only cool feature of the SmartBar. It also allows for automatic drafting, thanks to a customized BottomsUp beer dispensing system. You simply push down the cup on the allotted slot (which will light up with the color matching your order), and it will then automatically fill up from the bottom. This will speed up things and make it a lot easier for multiple people to be served at the same time.

Let Emojis Do The Talking

Now that we’ve got the tech side covered, it was time to start thinking of the look and identity we wanted for the app. With this project, we wanted make face recognition technology more approachable by presenting it in a fun, casual way. The technology behind the whole system is very complex, but we didn’t want the people using the app to get overwhelmed by that. We needed to onboard the user to the system and explain the purchase flow in an easy way, so they will be curious to give it a try. The fact we’re using his/her image shouldn’t be scary and keep people from trying. In the end, if someone wants a drink, it should be fast! So the whole point was to make the check-out at the bar seamless meaning we had to prevent users from making mistakes, like taking a selfie in bad lighting.

Here’s how we did it: 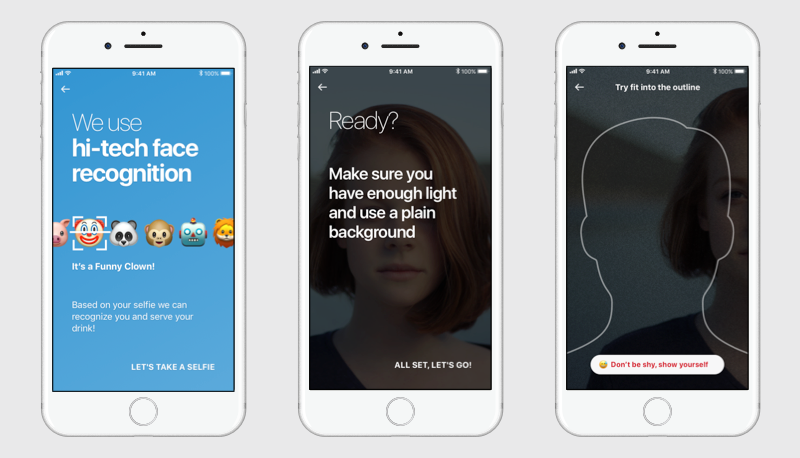 After all, the onboarding is a visual process, so using emojis makes more sense in this case. The animations catch the user’s attention, while showing the selfie instructions directly over the dimmed camera image. For the demo, we decided to offer the user two options: beer or lemonade. Instead of a grid with items to select, we opted for a more engaging purchase flow, while still keeping it really simple. Swipe to switch between drinks, tap to select and confirm the order. Et voilà!

So once the kegs were cold and the screens are hooked up, it was time for the big reveal of the first prototype at DLD Berlin. Wirecard hosted their own space where people could mingle and network in between talks, and place an order at the SmartBar to get their drinks. 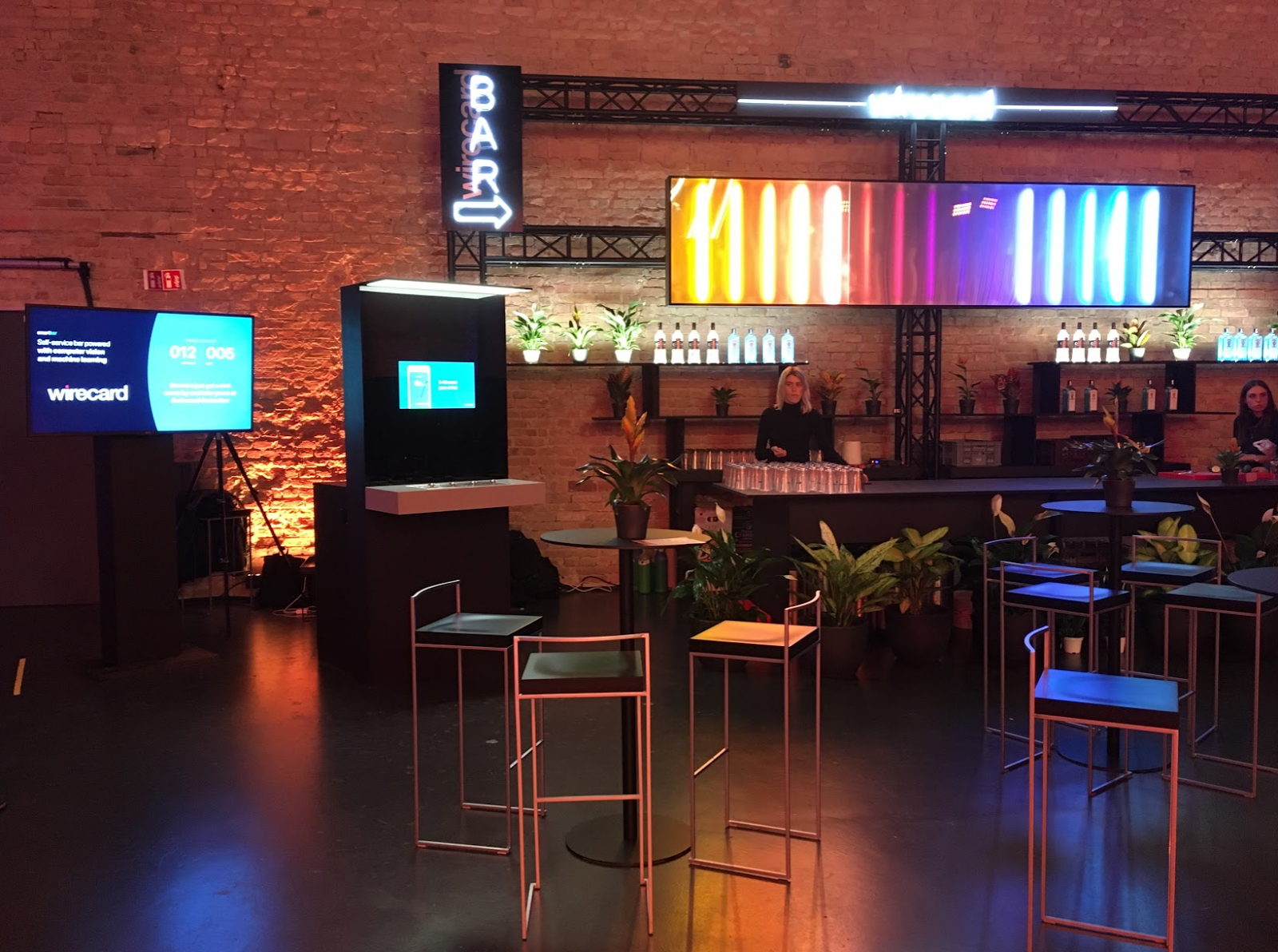 So, what’s next? If you didn’t get a chance to try SmartBar at DLD, it will be set up at ITB in Berlin in March 2018 for more drinks.

We also know that Wirecard is working hard to finalize its latest products, and to allow support for even more complex use cases such as product & customer behavior detection and more. So stay tuned!

At YND we help companies successfully launch apps across various industries: from mobile payment, finance management, travel booking to E-commerce. In need of some brain power? Reach out to us via hello@ynd.co with questions about your projects.